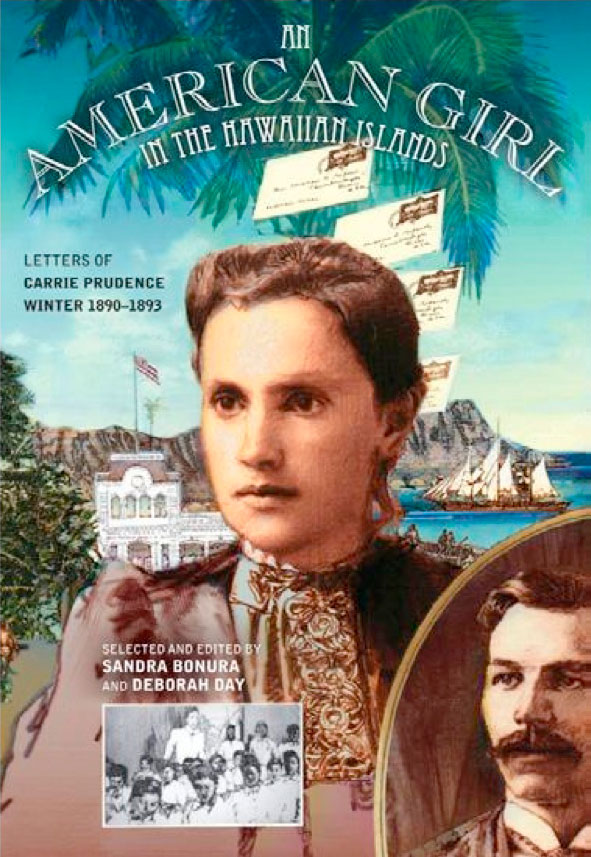 An American Girl in the Hawaiian Islands: Letters of Carrie Prudence Winter 1890–1893

When an old house in Berkeley, California, passed from one generation to the next, the floor of the attic needed repair. That construction project revealed five old trunks in the attic that had been forgotten for more than a century. Four of the trunks contained valuable scientific research records, correspondence, photograph albums, old newspaper clippings, and more. The late professor who had owned the home had been an internationally known scientist, so University of California archivists sought the collection for its value to the history of science. When the last trunk was opened, it contained an unexpected gift, an extraordinary surprise.

The surprise was a young woman's handwritten love letters to her fiancé. These letters were postmarked between 1890 and 1893, when twenty-threeyear-old Carrie Prudence Winter was a missionary teacher at Kawaiaha'o Female Seminary in Honolulu. Carrie's letters to her beloved "Charlie" give the reader a private view into a nineteenth-century courtship. Carrie described teaching and living with Hawaiian girls, the often strict discipline she and her colleagues imposed, and her struggles with pedagogy, classroom management, and fellow teachers. She earnestly described her encounters with royalty as well as ordinary citizens in the Islands. She discussed profound health issues, such as leprosy, smallpox, and malaria, which irrevocably affected the lives of her students. She took a lively interest in writing about the turbulent politics that would ultimately lead to the revolution and to the annexation of the Hawaiian Islands.

Carrie saw herself as an author, rather than a missionary or teacher, and had often envisioned a future for herself as a writer. She hoped to someday write a book chronicling those exciting years at Kawaiaha'o Female Seminary. Her first full-length feature article, penned on the job, is entitled "An American Girl in the Hawaiian Islands" and opens this book as chapter 1. Somewhere along the way, life's responsibilities intruded, and her book was never written. At long last, here is that book, with Carrie's chosen title!. The lengthy project required me to explore both the beautiful and dark passages of the history of Hawai'i and has deeply enriched my historical understanding and increased my love for the Islands and its people. An American Girl in the Hawaiian Islands is a century overdue, but is lovingly dedicated to the memory of Carrie Prudence Winter and her students, the first generation of "reluctant Americans".

"An American Girl in the Hawaiian Islands" won an AAUP Award!

OUTSTANDING TITLE AWARD!!! Thank you to the  Association of American University Presses (AAUP) Reviewer’s comments: " The use of Carrie Prudence Winter’s original letters is what allows this book to become a rare primary source on topics such as: women missionaries, the last days of Hawaii’s monarchy, and a long-distance 19th century courtship. Ms. Winter’s use of language paints a compelling picture, engaging a reader’s imagination while they learn of a world few knew so intimately.”—Stacey Hayman 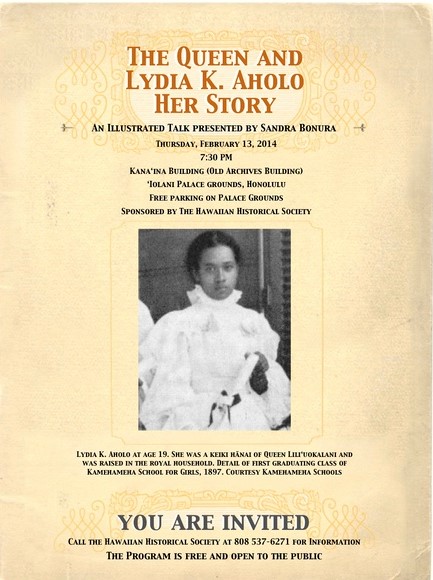 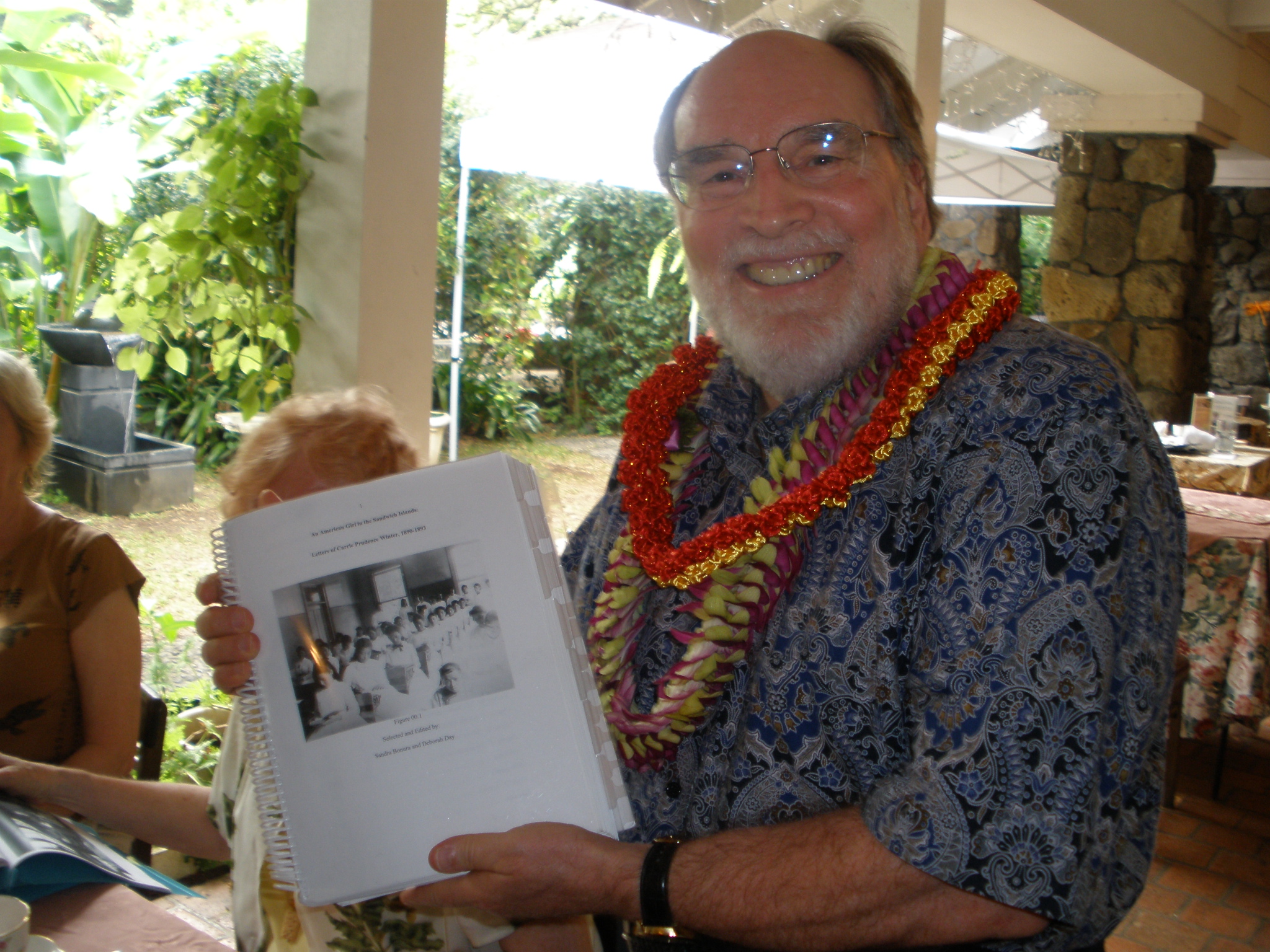 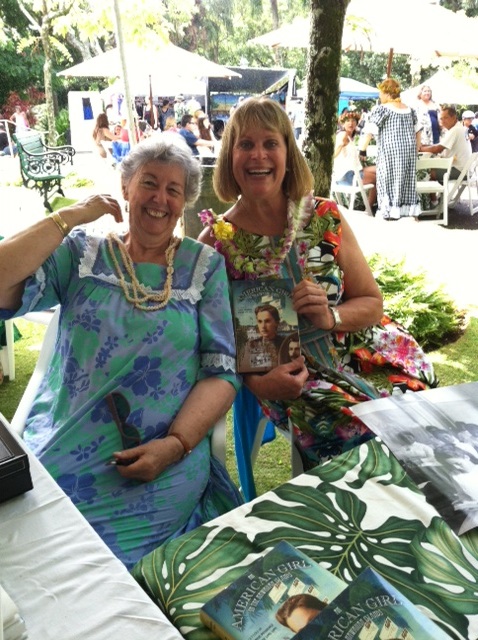 Queen Emma Day at the Palace October 2013 with Sally

This "ULU" quilt was made sometime before 1914 by the girls of the first Kamehameha School and given to Ida Pope. It is now housed in the Lyman Museum. Thank you Barbara for displaying it for my talk. What a blessing!

Feel free to contact me for any information or questions regarding my research.

FINISHED! Claus Spreckels' first definitive biography! It has a working title of CALIFORNIA SWEET and will be published by the University of Nebraska Press in 2023 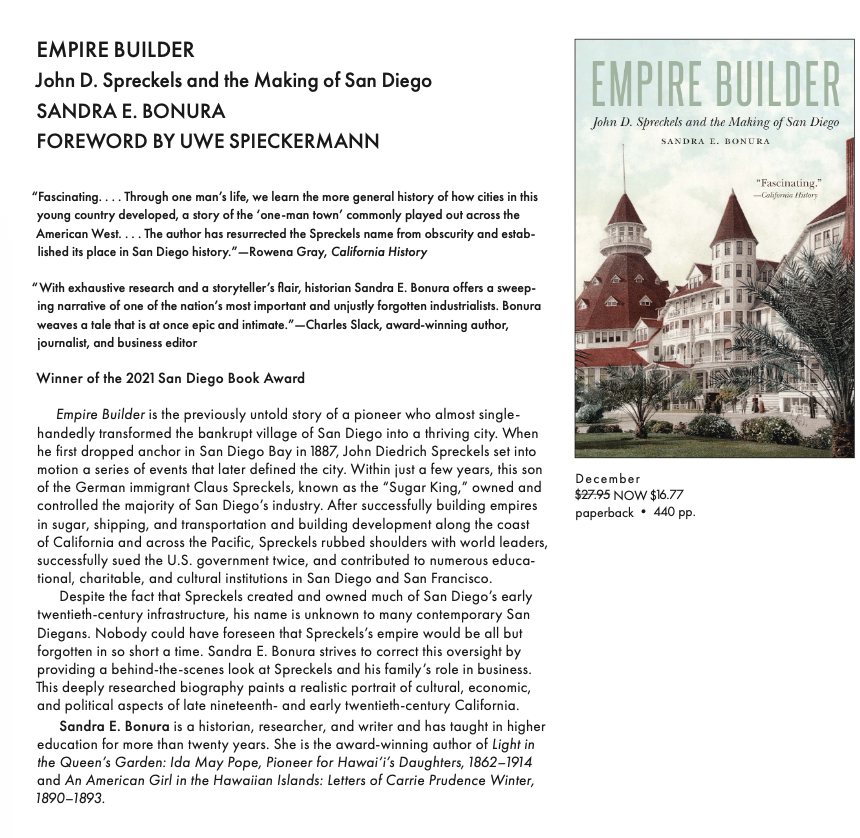 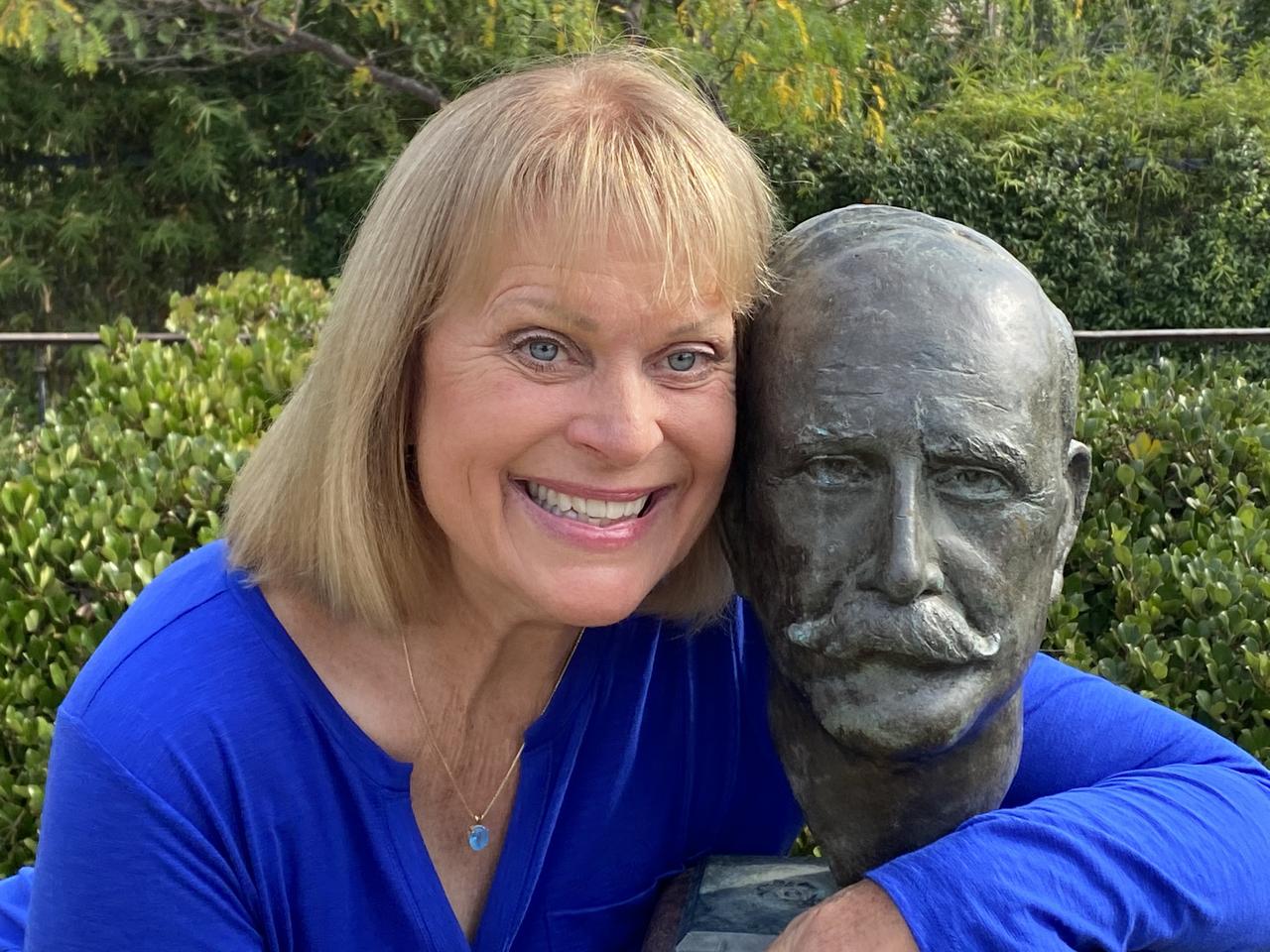 ZOOM AUTHOR TALK ON THE LIFE OF JOHN D. SPRECKELS

This slide show was presented by myself via Zoom to the Gaslamp Historical Foundation on December 5, 2020 as a way to keep their members engaged in San Diego's wonderful and rich history. 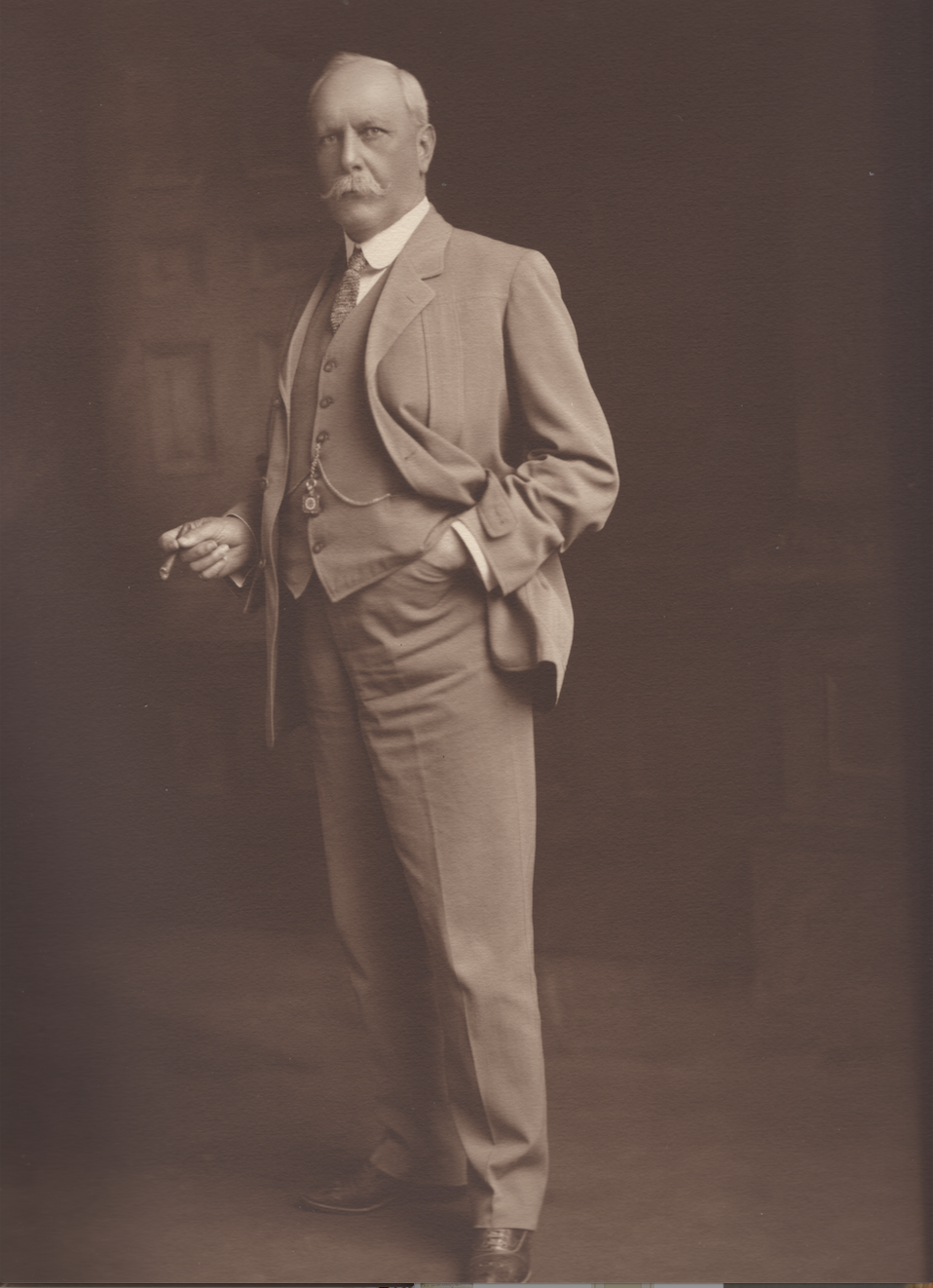 A little girl was with her father at breakfast one morning at the Hotel del Coronado. The "Spreckels" sugar packet he used to sweeten his coffee aroused her curiosity. She was then told that the profits from that sugar had purchased both the hotel and the island they were presently enjoying.Watching her father reading the San Diego Union, she asked, "Papa, whose newspaper is that?"

"This newspaper is published by Mr. Spreckels, my dear."

"Papa, I am thirsty. May I have a glass of water?"

"Of course. By the way, Mr. Spreckels owns the drinking water."

After breakfast, touring the city on the streetcar, the little girl asked, "Papa, whose   streetcar is this?"

"Who owns this ferryboat, Papa?"

"Papa! Whose gigantic ship is that?"

"That's from the Spreckels steamship line."

"Papa, what theater is that?"

"Papa, whose skyscraper is that?"

"It's the John D. Spreckels Building."

"Papa, where is that loud whistle coming from?"

"Papa, whose huge outdoor organ is that in Balboa Park?"

"Mr. Spreckels had it built."

Upon returning to Coronado, the little girl looked at the ocean and said, "Papa, who owns the ocean?"

My dear, God owns the ocean."

"Papa, tell me: How did God ever get it away from Mr. Spreckels?"

I smiled when I discovered this witty tale, an earlier, shorter version of which had begun circulating around the country in 1916. This version was lengthier due to the expanding enterprises of Mr. Spreckels. I amused myself by bringing it into the twenty-first century with my own amendments. When I stepped back from the little tale, however, it dawned on me that the enlarged story didn't even begin to describe the empires this man built.

University presses are publishers. At the most basic level that means they perform the same tasks as any other publisher. University presses acquire, develop, design, produce, market and sell books and journals.  But while commercial publishers focus on making money by publishing for popular audiences, the university press's mission is to publish work of scholarly, intellectual, or creative merit. And, they are picky, picky, picky. So, it is an honor to be published by a UP. 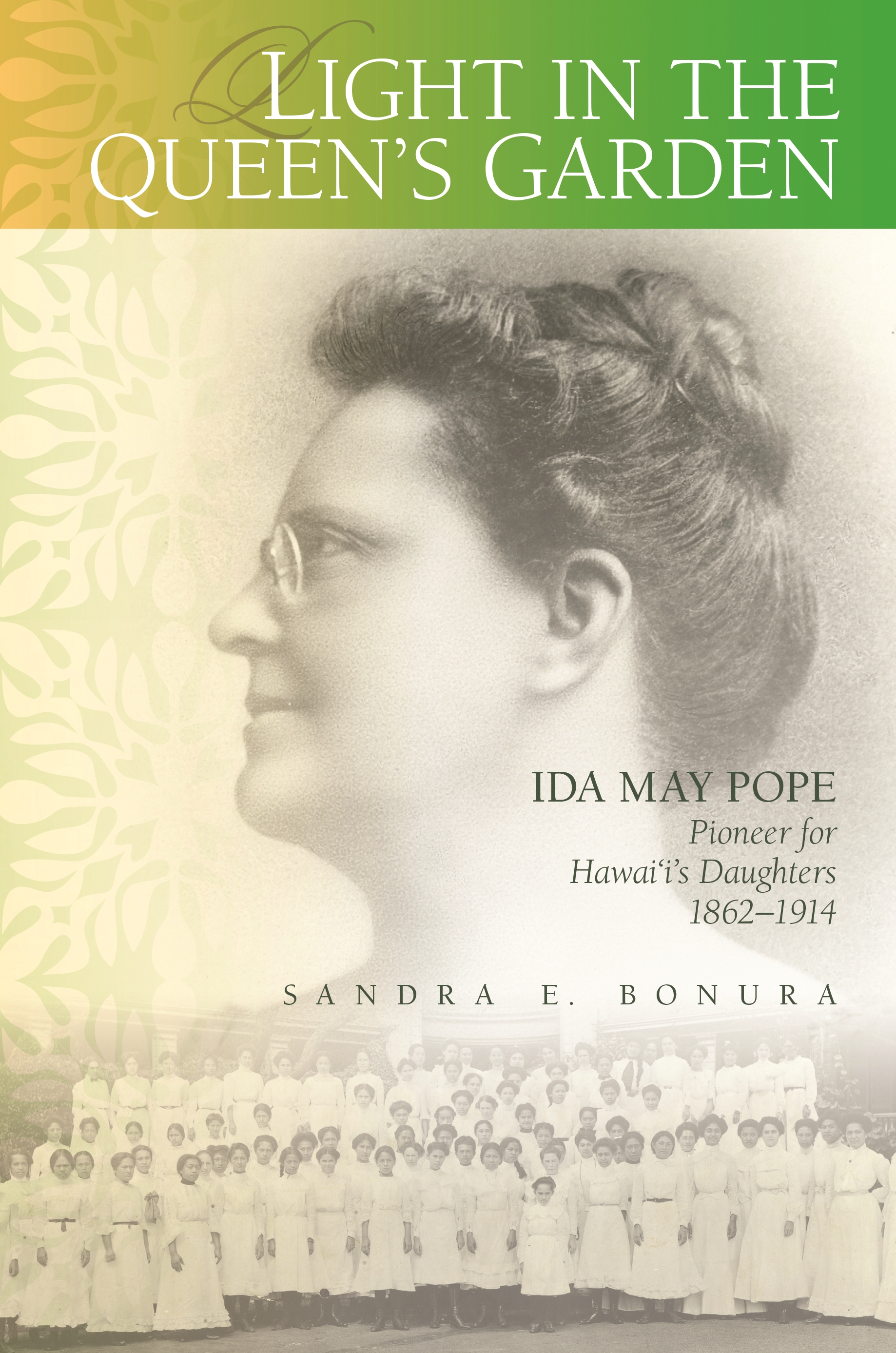 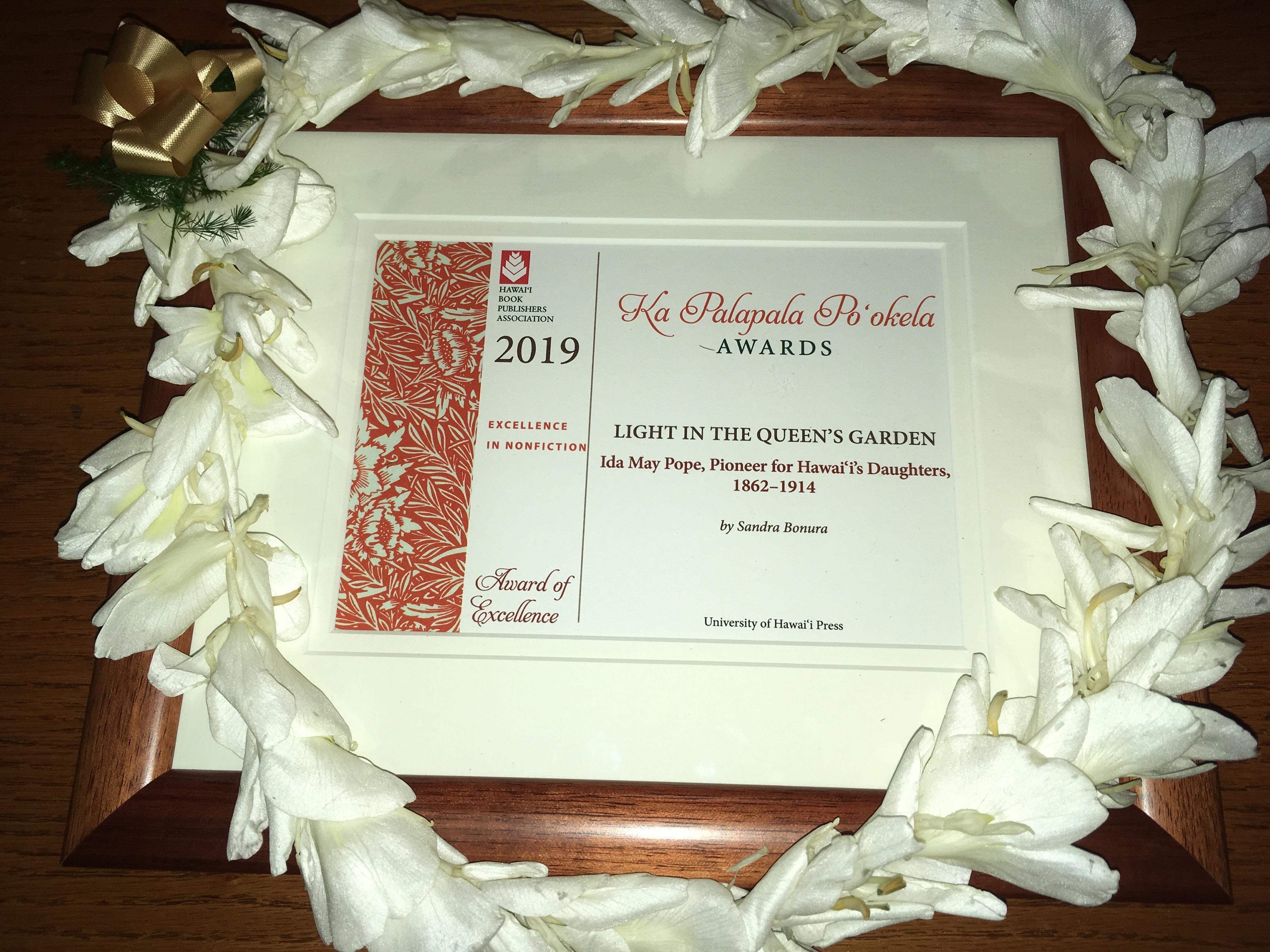 Light in the Queen's Garden: Ida May Pope, Pioneer for Hawaiʻi's Daughters, 1862 - 1914
By Sandra Bonura
Published by University of Hawaiʻi Press

"Light in the Queen's Garden is more than a biography of a dedicated educator and social reformer who guided the youth of Kawaiaha'o Seminary and helped to establish the Kamehameha School for Girls. It is a new window into a turbulent time in Hawai'i's history, from the death of King Kalākaua, through the overthrow and annexation of Hawai'i, and on into a new century.  Ida May Pope traveled with Queen Lili'uokalani to Kalaupapa, dealt with the threat of the bubonic plague and cholera in Honolulu, and witnessed other dramas, big and small, that played out in her school and in the city.  She was an educational reformist, constantly aligning the school's curriculum to "ensure a satisfying career and independence for Hawaiian women," and eventually recognized the need for her students to study their cultural heritage.  The author's heavy use of valuable primary resources runs seamlessly into her intimate narrative of Pope's life, creating a vivid picture of Hawai'i at the end of the 19th century.  Absorbing, well-written and backed by extensive research, this book is a welcome contribution to any bookshelf."

The Ka Palapala Po'okela Awards are given by the Hawai'i Book Publishers Association (HBPA) to recognize the finest books published in Hawai'i and to honor individuals involved in their creation. HBPA sponsors these awards as part of its public outreach effort to enhance the recognition of book publishing as an industry in Hawai'i and support local literacy. The term "Ka Palapala Po'okela" can be translated from Hawaiian to mean "excellent or exemplary manuscript."

Winners were judged in twelve categories of excellence. LIGHT IN THE QUEEN'S GARDEN won the top Award of Excellence in the non-fiction category. 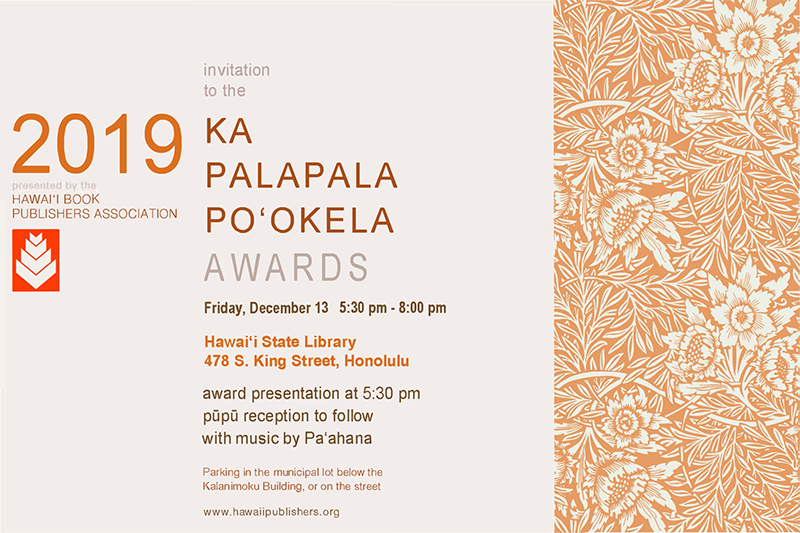 Light in the Queen's Garden TOOK THE TOP PRIZE in non-fiction! 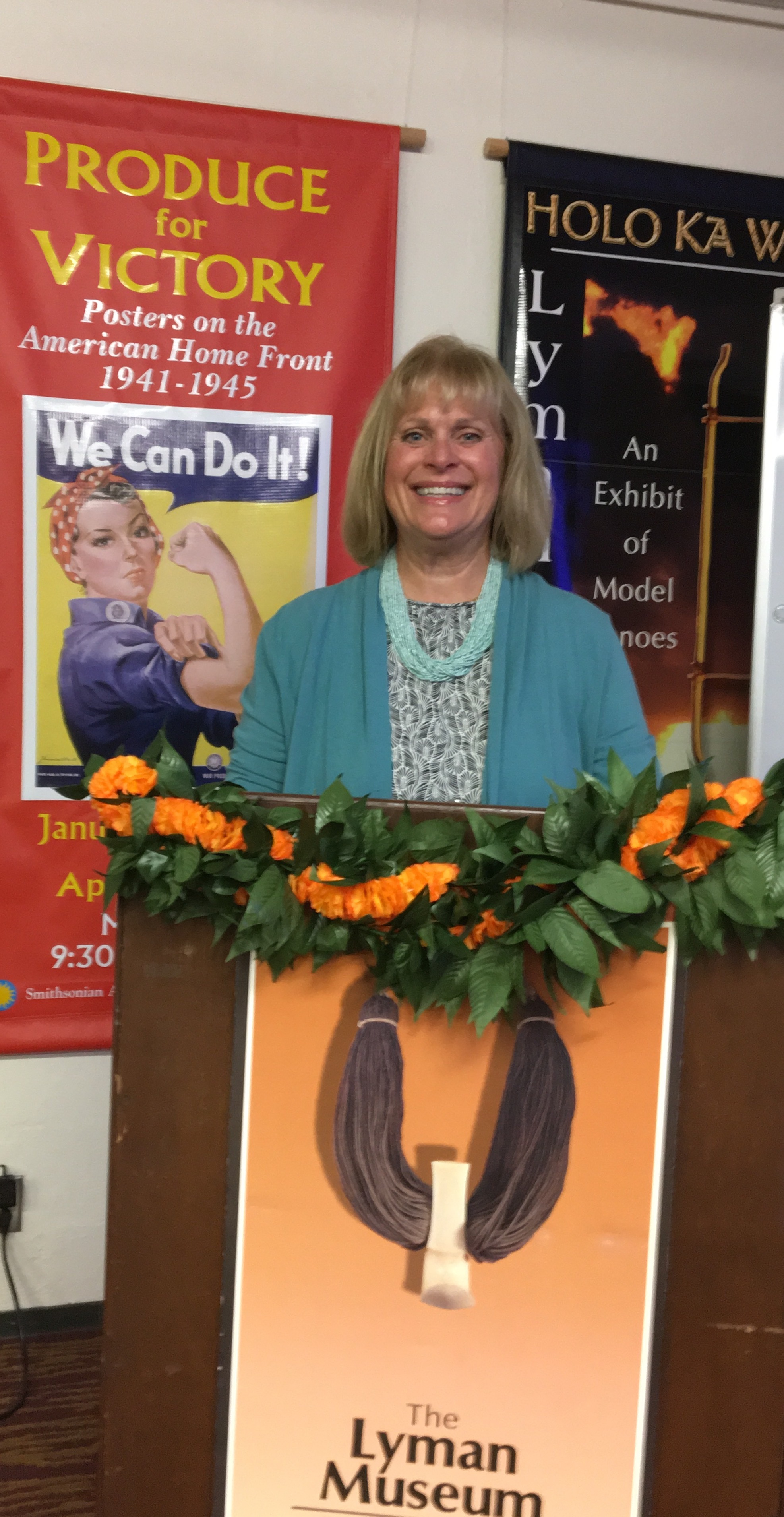 Sandee at the Lyman Museum November 2107

"Light in the Queen's Garden is an absorbing, well written, meticulously researched portrait of a pivotal yet neglected figure in Hawaiian history. Ida May Pope, founding principal and guiding spirit of the Kamehameha School for Girls, emerges as an intelligent, compassionate, determined woman who opened up new worlds of education and an old world of ancestral culture to generations of Native Hawaiian women. Her story, as brought to light by historian

Sandra E. Bonura, is both important and inspiring. "

LIGHT IN THE QUEEN'S GARDEN!

"You know a scholar is plowing new ground when there is not even a
Wikipedia article about her subject. Sandee Bonura's biography of Ida May
Pope, founding principal of the Kamehameha School for Girls, and more
importantly an intimate of Queen Lili'uokalani and an observer and
participant in a crucial period of Hawai'i, is the best kind of history: a
new subject, literate and approachable, not just revelatory but a delight
to read."

"Sandra E. Bonura's LIGHT IN THE QUEEN'S GARDEN is a beautiful and sensitive biography of Ida May Pope, an educator who lived through a pivotal period in Hawaiian history. Bonura has brought Ida Pope back to life through deep research and graceful writing. This is the definitive work on a pioneer teacher who transformed the lives of many Hawaiian women"